Warning: "continue" targeting switch is equivalent to "break". Did you mean to use "continue 2"? in /homepages/37/d224751687/htdocs/kyl/wp-content/plugins/smk-sidebar-generator/html.php on line 83

Warning: "continue" targeting switch is equivalent to "break". Did you mean to use "continue 2"? in /homepages/37/d224751687/htdocs/kyl/wp-content/themes/the-rex/framework/ReduxFramework/ReduxCore/inc/extensions/customizer/extension_customizer.php on line 376

Warning: "continue" targeting switch is equivalent to "break". Did you mean to use "continue 2"? in /homepages/37/d224751687/htdocs/kyl/wp-content/themes/the-rex/framework/ReduxFramework/ReduxCore/inc/extensions/customizer/extension_customizer.php on line 398

Warning: "continue" targeting switch is equivalent to "break". Did you mean to use "continue 2"? in /homepages/37/d224751687/htdocs/kyl/wp-content/themes/the-rex/framework/ReduxFramework/ReduxCore/inc/extensions/customizer/extension_customizer.php on line 416

Warning: "continue" targeting switch is equivalent to "break". Did you mean to use "continue 2"? in /homepages/37/d224751687/htdocs/kyl/wp-content/themes/the-rex/framework/ReduxFramework/ReduxCore/inc/extensions/customizer/extension_customizer.php on line 420

Warning: "continue" targeting switch is equivalent to "break". Did you mean to use "continue 2"? in /homepages/37/d224751687/htdocs/kyl/wp-content/themes/the-rex/framework/ReduxFramework/ReduxCore/inc/extensions/customizer/extension_customizer.php on line 447

Warning: "continue" targeting switch is equivalent to "break". Did you mean to use "continue 2"? in /homepages/37/d224751687/htdocs/kyl/wp-content/themes/the-rex/framework/ReduxFramework/ReduxCore/inc/extensions/customizer/extension_customizer.php on line 459

Warning: "continue" targeting switch is equivalent to "break". Did you mean to use "continue 2"? in /homepages/37/d224751687/htdocs/kyl/wp-content/themes/the-rex/framework/ReduxFramework/ReduxCore/inc/extensions/customizer/extension_customizer.php on line 478

My Experience With Angler Combat 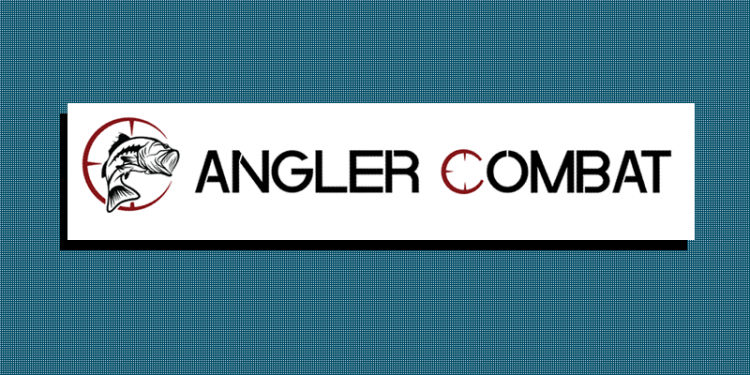 First of all it costs $10 to participate in the Angler Combat Online Bass Tournament. To be able to submit fish you will have to download the (free) iAngler Tournament app. You must also purchase the specific measuring board they require you to use (19.99+SH). Once you do that you’ll have to register in the trail you will be fishing in. There is North, South or Big Three depending on which state you will be fishing in. Next you will have to select the division you will be participating in. You can choose from land, kayak or boat then finish the sign up process . After that you’re ready to go fishing on any public water in your trail. The tournaments run from the 1st to the 28th of the month. Winners are determined by the length of their best five fish.

Now that you know what it is and how it works I would like to share my experience so far.

This is the first time I have ever fished a tournament of this type. I first came upon Angler Combat through a post Wired2fish put out on Facebook. It was late October and they were going to be hosting their first tournament that November. It was cheap and looked easy so I signed up for the Northern boat division. I posted on my social media accounts and told my friends about it. I tried to get them to join so they could win some prizes, but not many of them wanted to fish in the winter. None of them ended up joining. I got to fish a lot that month and I ended the month with a total of 86 1/4 inches of bass! 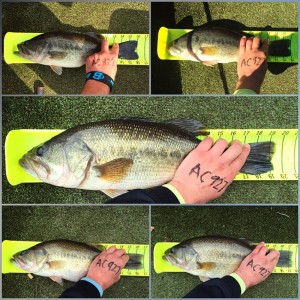 Unfortunately there were not enough participants that month to give out prizes. I was a little disappointed but I had a lot of fun fishing and logging my catches that month. Then to my surprise a few days after the tournament ended I received this email from Angler Combat they wrote

“Please send us your mailing address so we can process your prize and ship as soon as possible. As you know the rules read that there had to be at least a minimum 5 anglers in each trail to give away any prizes and a minimum of 25 anglers before a cash award would be awarded. We have decided to wave that for the November tournament and since you were the only person in The North Boat Trail decided to award you the Wasp Cam anyways.

Please tell your friends and family as right now there are only 3 people in the North Boat Trail, we need two more to make sure all prizes are awarded.” 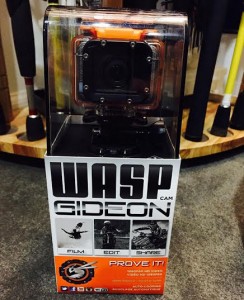 I was ecstatic! So I did what they asked and signed up for the next month too. A few weeks later I got a new Wasp Cam Gideon in the mail!

So now I focused on December’s tournament. I saw that the third-place prize was an Orion 25 cooler so I made my target for that month third place. I only had a few chances to fish that month and some stiff competition had joined in. The tournament came to a close with 1st place ending with 97 3/4 inches, 2nd ending with 86 3/4 inches and me in 3rd ending with 85 1/2 inches. 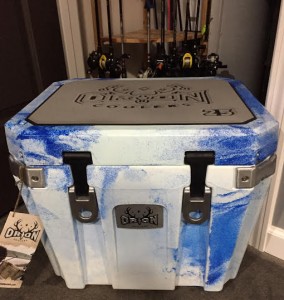 I finished exactly where I wanted to be. It took Orion over a month to get it to me but better late than never!!! I must say I absolutely love it!

January’s tournament had six entries but only three people submitted fish. I managed to get one of my good friends to join this time! After I showed him what I had been winning he just couldn’t resist. I only had the chance to go fishing twice that month. It was cold and snowed several times, the runoff from the snow melting made the water really muddy most of the month. The first time I went out I didn’t catch even one fish worth submitting. Thankfully the last time I went out I had an incredible day and was able to catch over 30 bass. I was able to end the month in first with 82 3/4 inches. 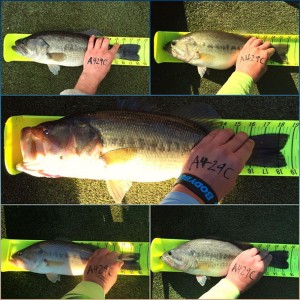 Evidently it was a tough month for all the competitors, not just me. My friend came in second with 53 3/4 inches. With 3rd only coming in with 17 3/4 inches. My friend ended up getting the Boonedox drifter hammock and stand, about a week later. While I received my second Wasp Cam Gideon! 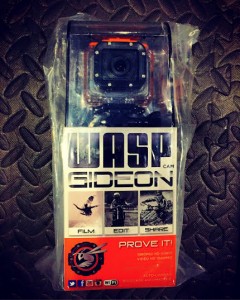 February 1st the way in which prizes are determined has completely changed in a way I think will allow the company to offer this amazing tournament for the foreseeable future.

Overall I must say I have had an AMAZING experience with Angler Combat!!! Also I would like to thank them for putting on such an enjoyable tournament. I feel it has brought a new excitement to each and every one of my fishing trips!

Don’t take my word for it though, click the link and go check them out for yourself.

I’ll see you all on the leader boards!